Eyre Peninsular - Make sure you don’t drive on by! 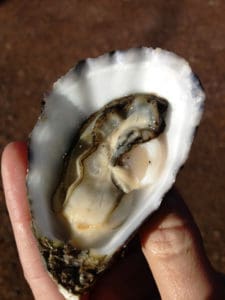 Eyre Peninsular is one of those places that is often over looked when planning your holiday, but take it from us, it is well worth the visit. It’s a four-hour drive from Adelaide to Port Augusta (at the head of the Spencer Gulf and what most people would consider the start of their Eyre Peninsular journey).

The Eyre Peninsular is mainly known for its stunning scenery and abundant seafood. However, it is much more than that – we found the locals to be so friendly and hospitable, and while the scenery was stunning, it was the diverse scenery that took us by surprise.

Visiting the Eyre Peninsular could be a fantastic option for those looking for a shorter holiday – pick up and return your camper to Adelaide. Or for others like us, it can form part of a much longer trip for those embarking on a trip across the iconic Nullarbor Plains. It doesn’t really matter which direction you travel around the Eyre Peninsula.

Generally, most travellers would visit the Eyre Peninsular in spring or summer, however we were here in early winter, and found the temperatures to be comfortable, although chilly outside at night time. We really enjoyed the fact that we had many areas to ourselves and could really appreciate the majestic views, so didn’t mind the cooler temps.

For those who are heading across the Nullarbor like we were, taking the detour around the Eyre Peninsular adds about 300 km to your trip. That doesn’t’ sound much more in distance, but it can add a lot of time to your trip as there are lot of places that you’ll want to stop and enjoy. We would recommend adding an extra 4 or 5 days to your Nullarbor trip if you are planning on heading around the peninsular or ten days minimum if you were going to pick up and return your camper in Adelaide.

We took the time to pop into an information centre to pick up the free Eyre Peninsular Visitor Guide, along with other useful information regarding the towns we’ll see on our way. The Visitor Guide was very useful and provided a lot of up to date information that we had not obtained during our preparation before leaving home.

Wyalla was our first stop. While Wyalla it is renowned as a steel and ship building hub, it is also known for annual spawning of giant cuttlefish. We spoke to some fellow travellers who explored the Maritime Museum and enjoyed it. Make sure that you pop up to Hummock Hill which gives fantastic views of Whyalla and the steelworks, the foreshore and marina, plus you can look across the Spencer Gulf to the southern part of the Flinders Ranges. It was a gun battery during WWII to protect the ship yards – quite interesting to have a look at that too.

We were keen to get on the road though and head to Cowell. It has a beautiful harbour and has developed a reputation as being one of the best fishing destinations. We chatted to some locals who told us that the whiting was on the bite and they were getting good catches – and not the little ones.

It is for places like this that we usually have a collapsible rod or two in the camper with us. The collapsible rods can be fairly inexpensive, particularly if you buy them over the internet like we did. We simply store ours in a cut down poster postal tube for travelling. Otherwise there are plenty of stores en-route that will assist you with any of your fishing needs.

If you’re planning on fishing in South Australia, you should check the regulations and exclusion zones/closures at Fishing – PIRSA. Also make sure you ask at the local bait and tackle shops for the ‘inside info’ on where to fish.

While in Cowell, we decided to pop to the Shultz’s Quandong Farm. This was a different but great experience for those who would like to experience a home style Devonshire tea with homemade quandong jam. Mrs Shutlz welcomes you into the farm house and for a very small charge you’ll be enjoying a hot cuppa and fresh hot scones with jam. Take the time to chat with her about the local history of the area – there isn’t much she doesn’t know, including what fish are biting where.

Of course we also popped into one of the sheds selling oysters. Nothing like freshly shucked oysters – or buy a knife and learn how to do it yourself. The entire Eyre Peninsular is abundant with delicious tasting oysters, and even though the towns seem close, they do all taste different. The only way to find your preferred oyster is to taste test in each town – there’s nothing wrong with that, is there? The locals of course will all tell you that theirs are the best though!

Heading south of Cowell, we enjoyed a fantastic night freedom camping near Port Gibbon at the Knob. It is such a beautiful piece of coastline with dramatic cliffs and white sand hills. Keep an eye out for the birds nesting in the cliffs. There are some unsealed roads around Port Gibbon so not all vehicles can go on this detour.

Back out on the highway, our next stop was Arno Bay. Another beautiful town with a campground right on the beach, it was hard not to spend a night here, even though it was still early in the day. We spent time enjoying the estuary and mangrove boardwalk – there are even excellent areas for fishing if you are there at the right time with the tide.

Tumby Bay is our next stop, and another opportunity to stretch the legs. We enjoyed a stroll out on the jetty and chatted to the locals admiring the beautiful white sandy beaches. Another nice camping ground right on the beach will tempt you to stay for longer.

Further south, we arrive in Port Lincoln which is the biggest community on the southern end of the Eyre Peninsular and situated on one of the largest protected natural harbours in the world – in fact we’re told it’s three times the size of the Sydney Harbour. We stop by the marina and its clear how important seafood is here, with the largest commercial fishing fleet in Australia. There’s a mix of sheltered and surf beaches nearby, plus if we had more time, we’d head sound to Lincoln National Park as we’ve heard great things about this place. For adventurous travellers you can also try your hand at shark cage diving, swimming with the tuna or sea lions. There are also a couple of wineries to explore to mix it up a little.

In our second part of this blog (next week), we’ll be travelling back up along the west coast and reaching Ceduna before we set off on our trip across the Nullarbor.

If you are thinking of hiring a campervan and would like to find out more information, check out our campervan hire options or get in touch.

Booking a motorhome holiday in Australia