Spotting Cassowaries in our Campervan

Recently while exploring north Queensland in our campervan we were lucky to spot a cassowary.  This one was found near Mission Beach, south of Cairns, wandering along the side of the road.  The cassowary is a large flightless bird with a colourful head. 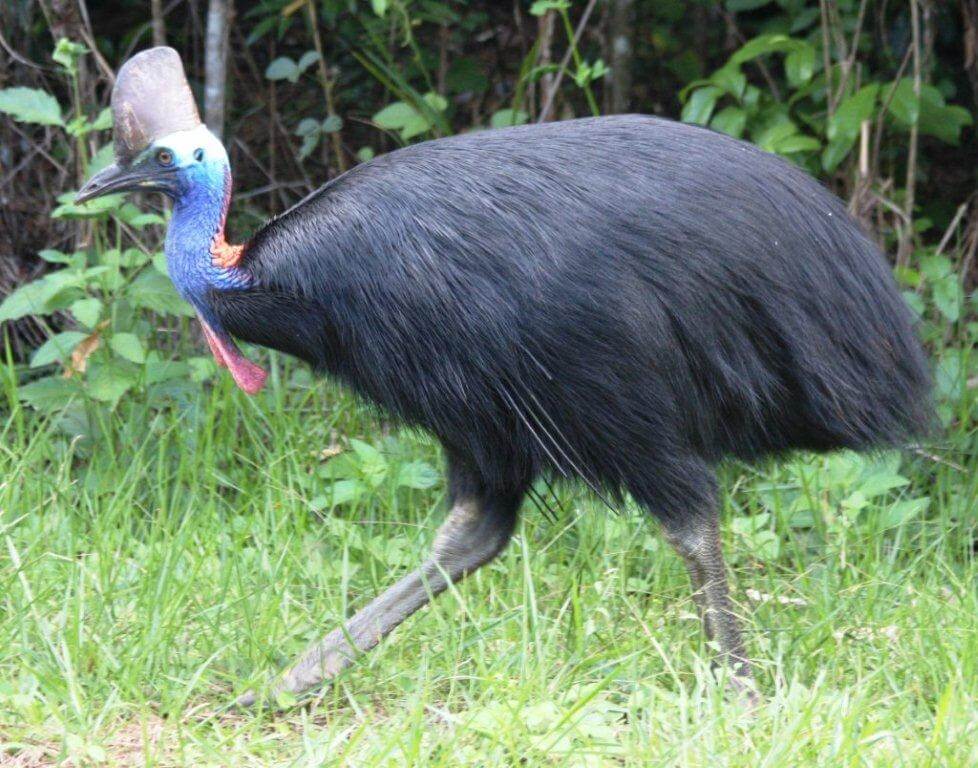 We were also lucky enough to see a male cassowary with his two chicks near Cape Tribulation.  The female does not care for the eggs or the chicks, but moves on to lay eggs in the nests of several other males.  The male incubates the eggs and protects the brown striped chicks who stay in the nest for about nine months.  The chicks gain their dark blue and purple feathers at about 36 months.

The female cassowary is larger than the male, and can grow to about 5 feet tall.  Normally weighing about 60kg, and can run at speeds up to 30 km per hour.

The cassowaries are protected, and it is believed there are only approx 1500 remaining in North Queensland.

Cassowaries usually eat berries and fruit but have been known to hunt small reptiles and mammals.  They are an important part of the rain forest ecosystem as there are several seeds which once digested through the cassowary gut have a much higher germination rate – 92% vs 4%.